1. What is the development process of perforation?

Today in the production of seamless steel pipes, the piercing process is widely used and is very economical. In 1886, the Mannesmann Brothers in Germany applied for a patent for the production of tubular section products with an inclined roll punch. The patent describes the action of internal forces as the metal deforms and the use of two or more tapered rolls for piercing, hence the name Mannesmann piercing process.

The guide plate invented by R.C Stiefel allows the length of the capillary tube to be increased after perforation. Later, S. Diescher invented the guide plate, which greatly improved the perforation efficiency. In 1981, the double-supported conical roller piercer appeared (the single-supported conical roller piercer was invented by R.C. Stiffel in 1899), which has a significant improvement in metal deformation compared with the previous piercing machine. 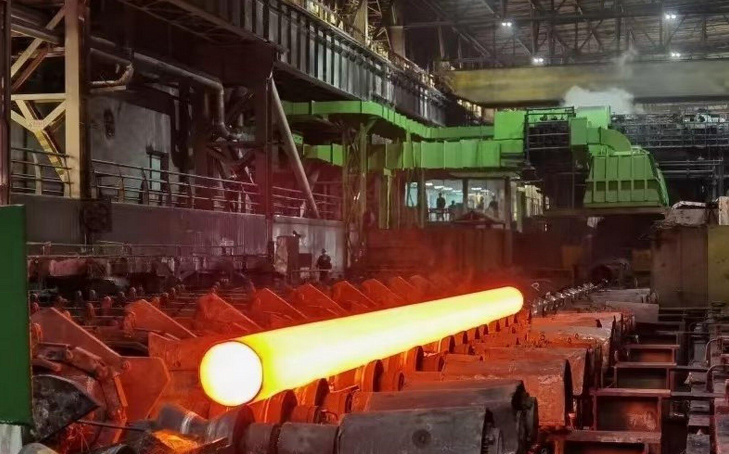 2. The role of the perforation process in the production of modern steel pipes?

In the production of seamless steel pipes, the function of the perforation process is to pierce the solid tube blank into a hollow capillary tube. The entire production process generally includes piercing, tube rolling and sizing and reducing processes. Perforation is the first process of metal deformation. The pipe that is pierced is thicker, shorter in length and poorer in inner and outer surface quality, so it is called capillary. If there are some defects on the capillary, it is difficult to eliminate or alleviate it after the subsequent process. Therefore, the perforation process plays an important role in the production of modern steel pipes.

3. How many ways are there to perforate the tube blank?

The piercing methods of the tube blank include pressure piercing, push piercing and skew piercing.

Pressure piercing is piercing on a press, and the raw materials used in this piercing method are billets and polygonal ingots. The working principle is that the heated billet or ingot is first loaded into a circular die (this circular die has a small taper), and then the press drives a punch with a punch to punch out a circle from the center of the tube blank. hole. The deformation of this perforation method is very small. Generally, the metal that is punched out in the center just fills the gap between the billet and the circular die, so as to obtain a circular capillary with almost no extension, and the maximum extension coefficient does not exceed 1.1.

Push piercing is piercing on a push piercing machine, which is an improvement of pressure piercing. Change the fixed conical die into a pair of rolls with round holes. The pair of rolls are driven by the motor to rotate in the opposite direction (the rotation directions of the two rolls are opposite), the rotating rolls bite the tube blank into the pass of the roll, and the punch fixed in the pass punches the center of the tube blank out of a circle hole. In order to facilitate rolling, a back thrust (hydraulic cylinder) is added to the end of the billet, so it is called push piercing.

This perforation method uses a billet, the capillary tube is short, the deformation is small, and the elongation coefficient is generally not greater than 1.1. The advantages of push piercing are as follows:

a. The center of the billet is in a state of compressive stress. The process is a combination of punching and longitudinal rolling, which will not produce the inward folding defect of two-roll skew rolling. The quality of the inner surface of the capillary is good, and the quality of the billet is low;
b. The average unit pressure on the punch is about 50% smaller than that of the pressure perforation, so the tool consumption is small;

c. During the perforation process, the metal in the center part of the blank is mainly deformed, so that the coarse and loose structure in the center is well processed and densified. At the same time, under the action of compressive stress, the inner and outer surfaces of the capillary tube are not prone to cracks.
d. The productivity is higher than that of pressure perforation, up to two per minute;

The above two types of perforation mostly produce seamless steel pipes of special steel grades. There are few existing units. Because the deformation is small and the capillary is short and thick, a cross-rolling and elongation machine should be set up in the hot-rolled seamless steel pipe unit. The outer diameter and wall thickness are reduced and the tube is elongated. In addition, it is easy to produce large uneven wall thickness.

This perforation method is widely used in the production of seamless steel pipes (ASTM A106). Generally, round tube blanks are used to form inner holes by plastic deformation processing of metal, so there is no metal loss.

As for the two-roller with guide plate, the perforation process can also be improved to prevent defects, thereby reducing the quality requirements for seamless steel pipe blanks.