How to Avoid the Quality Defects of Welded Pipe in Sizing Section? 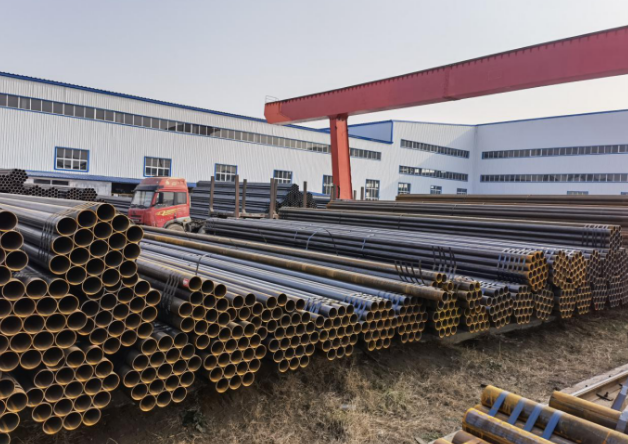 The surface defects of the welded pipe sizing section mainly include pits, bumps, indentations, scratches, and oxidized lamination. The causes and solutions are similar to those of molding. For general pipes, these defects are allowed to be removed, but the depth of removal is not allowed. Negative deviations lower than the nominal wall thickness, otherwise it should be judged to be discarded. As for the surface quality requirements of furniture pipes, automobile pipes, API pipes, etc., they should meet the requirements specified in the agreement between the two parties.

Here we will talk about the common corner rolling defects in (square rectangular) shaped pipes, which are divided into single-sided corner-rolling and double-sided corner-rolling. The judgment method is to use your fingers to draw across the pipe surface to the corner arc. The rough hand feel indicates that there is a corner rolling defect. In most cases, only one or two corners are rolled.

The main reasons for the formation of the rolling angle: roll misalignment, crushing the tube surface; the roll gap is too large, the pass line is not long enough; the shaping allowance is too large, the tube angle is squeezed by the roll gap angle; the single pass rolling is too large, the tube The surface of the billet is squeezed by the edge of the pass; the roll deviates from the center line of the rolling, resulting in excessive rolling force at a corner, and the corner is rolled. For the corner defect, the reverse inspection should be carried out according to the mapping principle, and then the corresponding correction measures should be taken.

The straightness defect here refers to the on-line straightness, including bending and twisting. In the production process of welded pipe, the straightness often changes. The essence of straightness is various stress balance problems in the pipe body, which is a mutation factor that affects the stress balance. Mainly changes in materials, including width, thickness, hardness, etc., are only explained by changes in hardness. After the stress of the straightening system is balanced, it indicates that the existing hardness is confirmed by the system, and the welded pipe produced by the system is “naturally” straight, but once the hardness occurs Change, the system does not recognize the new hardness, the stress balance is disrupted, and the welded pipe becomes bent. If there is no manual intervention, the pipe will be bent until it is readjusted and a new stress balance system is established. This reminds the operator from one side that if the welded pipe is When the straightness suddenly changes during the normal production process, it is necessary to think of the situation in the production process. Similarly, when the equipment accuracy, cooling system, ambient temperature, operation adjustment, etc. change, it will cause the invisible pipe welding machine and the welded pipe. The existing balance causes the welded pipe to bend. As far as the ambient temperature changes, it is believed that most adjusters have this experience:

The unit that had been produced the day before was stopped for one night, and then the original team restarted and found that the welded pipes produced were all bent. This is actually an invisible factor of temperature, which involves a heat balance problem. The heat balance of the welded pipe unit refers to the operation after some time. After that, the temperature of equipment parts, bearings, pass patterns, coolant, etc. all rose to a certain height, and various stresses reached a tacit agreement with the welded pipe at the time and were in a balanced state. After a night of shutdown, the machine parts, bearings, rolls and coolant The temperature is in a cold state, it is difficult to reach the stress balance with the hot welded pipe immediately, so the welded pipe bends.

For welded pipe defects and the reasons for the formation of defects, some are obvious, some are hidden, and some are shown in sizing, but the roots are forming, and even the feeding part. Therefore, the treatment of some welded pipe defects requires an overall concept. Use the concept of the system to guide the adjustment of the welded pipe and find out the cause of the defect.

Tips: ERW welded pipe is formed by rolling strip and welding the seam, with tighter dimensional tolerances and less weight. The weld seam is heat treated after welding that no untempered martensite remains, and the weld flash can be removed from both inner and outer surfaces.
ASTM A53 ERW steel pipe is a typical carbon steel pipe. It is largely used to convey fluids at low / medium pressures such as oil, gas, steam, water, air and also for mechanical applications.