How to Prevent Surface Decarburization of Seamless Pipe Products? 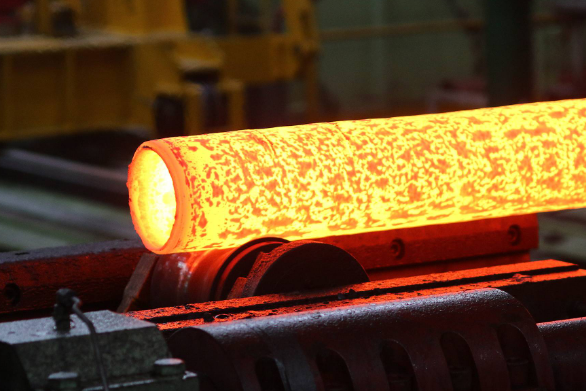 The key to solving the problem of surface decarburization lies in the heat treatment process. Since the decarburization and the oxidation of the steel wire are carried out at the same time, the purpose of improving decarburization can be achieved as long as the seamless pipe is kept in contact with air as little as possible during the heat treatment process. The production process is: the first molten lead tank is used to austenitize the steel wire. The lead liquid is heated to 871℃ in advance, the steel wire is passed in the lead liquid to achieve austenitization, and then enters the oil tank for quenching, and then enters the second Two molten lead tanks are tempered (482°C). Since the steel wire is not in contact with air in the molten lead, decarburization is effectively avoided. The main problem that needs to be solved with this process is how to prevent lead dust pollution.

In addition, it is also an effective measure to inject neutral protective nitrogen into the furnace from the seamless tube. At the same time, it can maintain the positive pressure in the furnace, prevent air infiltration, and reduce or avoid decarburization of steel parts.