Normalizing and annealing are two heat treatment processes that can be used to treat steel products.

Normalizing, also known as normalization, is a metal heat treatment process in which the workpiece is heated to 30~50°C above Ac3 or Accm, and after holding it for a period of time, it is removed from the furnace in the air or cooled by spraying water, spraying or blowing. Its purpose is to make the grain refinement and carbide distribution uniform. 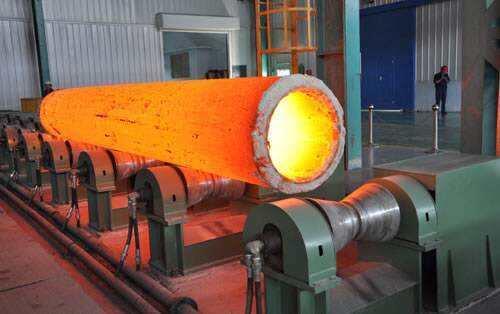 The main difference between annealing and normalizing:

1. The cooling rate of normalizing is slightly faster than annealing, and the degree of undercooling is greater.
2. The structure obtained after normalizing is finer, and the strength and hardness are higher than that of annealing.

The choice of annealing and normalizing:

4. High-carbon steel or tool steel with carbon content> 0.75% generally adopts spheroidizing annealing as a preliminary heat treatment. If there is a network of secondary cementite, it should be normalized first. Annealing is a heat treatment process in which the workpiece is heated to an appropriate temperature, kept for a certain period of time, and then slowly cooled. Slow cooling is the main feature of annealing. Annealed parts are generally cooled to below 550°C in the furnace and air-cooled out of the furnace. Annealing is a very widely used heat treatment. In the manufacturing process of molds or machine parts, it is often arranged as a preliminary heat treatment after forging and welding and before cutting (rough) processing. It is used to eliminate some defects caused by the previous process and prepare for the subsequent process.