Hot-rolled seamless steel pipe is a round, square, and rectangular steel with a hollow section and no joints on the periphery. When the bending and torsion strength is the same, the weight is lighter. It is an economical cross-section steel. What defects are prone to appear in the production process of steel pipes? Let's explain it for everyone.

1) Cracks (also known as cracks). Features: The inner and outer surfaces of seamless steel pipes are linear or spiral cracks, and some are mesh-shaped and both ends and bottom of the cracks are sharp.


3. The deformation pressure is too large. 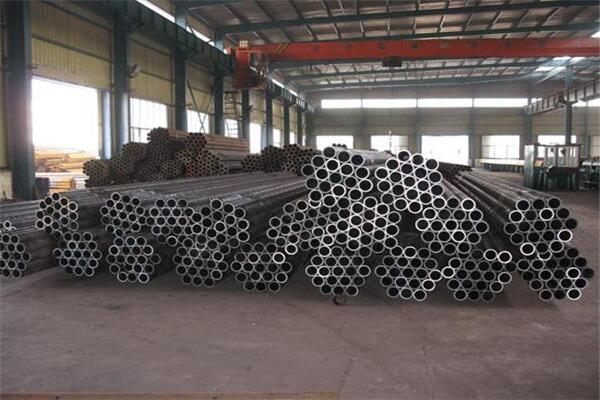 2) Hairline, features: continuous or discontinuous hair-like fine lines appear on the outer surface of the seamless steel pipe. Most of the spiral spiral direction is opposite to the direction of rotation of the punch, with a large pitch, and some are similar to a straight line.

1. Poor steel, with subcutaneous pores and subcutaneous inclusions.
2. The surface of the tube blank is incompletely cleaned.

3) Inward fold (commonly known as inner fold), features: straight or spiral zigzag defects on the inner surface of the steel pipe. For high-alloy steel pipes, such defects are irregular blocks and distributed at the entrance. If the fold is caused by centering, it is usually half a circle to a circle, and it is on the head.

1. The amount of pressing down the front of the head is too large.
2. Serious head wear.
3. During the piercing process, the metal in the central part of the blank bears strong alternating stress, so the inner wall of the waste tube is prone to inward bending during rolling.
4. The inward folding at the entrance of the high-alloy steel pipe is caused by uneven force on the roll during piercing.

1. Defects such as cracks or ears remain on the surface of the tube blank.
2. Poor steel quality, inclusions or serious looseness.

5) Rolling and folding, characteristics: there are regular folding defects on the outer surface of the seamless steel pipe.

6) Bending, characteristics: during rolling, the metal enters the gap between the rolls or the tube loses its stability, causing it to form twists and turns. After sizing, the surface of the steel tube shows local convex and concave wrinkles.

1. The outlet pipe diameter of the equalizing machine is larger than the hole type of the fixed and reducing machine.
2. Incorrect adjustment, misalignment of rolls, inconsistent center lines, etc.
3. The sizing frame is installed upside down.

7) Straight inward folding. Features: The inner surface of the seamless steel pipe is symmetrical or a single straight line folding, distributed over the entire length or part of the steel pipe.

1. The head is severely worn or stuck to metal.
2. The outer diameter of the capillary tube is larger than the width of the grooved hole, the inner diameter is too large or the tube wall is too thin.
3. Unreasonable distribution of reduction of piercing machine and tube rolling machine.
4. Before the second pass of rolling, the 90° overturning was not completed.

The above is the content of the defects in the production process of hot-rolled seamless steel pipes for everyone. I hope it will be helpful to everyone. If you want to know about other things, you can come to consult us: info@permanentsteel.com