Cross rolling is a rolling method between longitudinal rolling and cross rolling. The rolling of the rolled piece rotates along its own axis, deforms and advances between two or three rolls whose longitudinal axes intersect (or incline) in the same direction of rotation. Cross rolling is mainly used for piercing and rolling of pipes (such as the production of thermal expansion seamless pipes), and periodic section rolling of steel balls.

The cross rolling method has been widely used in the production process of heat-expanded seamless steel pipes. In addition to the main thermal expansion process of piercing, it is also used in rolling, leveling, sizing, elongation, expansion and spinning, etc. in the basic process. 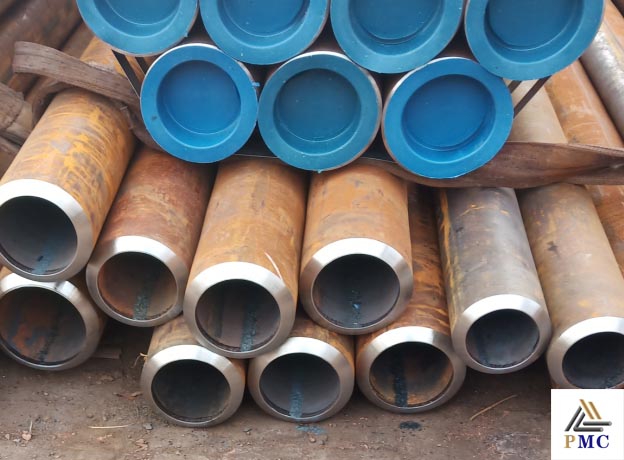 There is a clear difference between a stable process and an unstable process, which can be easily observed in the production process. For example, there is a difference between the size of the head and tail and the middle size of a capillary. Generally, the diameter of the front end of the capillary is large, the diameter of the tail end is small, and the middle part is consistent. Large head-to-tail size deviation is one of the characteristics of an unstable process.

The reason for the large diameter of the head is that as the metal at the front end gradually fills the deformation zone, the friction force on the contact surface between the metal and the roll increases gradually, and it reaches a maximum value in the complete deformation zone, especially when the front end of the tube billet meets the plug At the same time, due to the axial resistance of the plug, the metal is resisted in the axial extension, so that the axial extension deformation is reduced, and the lateral deformation is increased. In addition, there is no outer end restriction, resulting in a large front diameter. The diameter of the tail end is small, because when the tail end of the tube blank is penetrated by the plug, the resistance of the plug drops significantly, and it is easy to extend and deform. At the same time, the lateral rolling is small, so the outer diameter is small.

The front and rear jams that appear in production are also one of the unstable features. Although the three processes are different, they are all realized in the same deformation zone. The deformation zone is composed of rolls, plugs and guide discs.