The Advancement and Superiority of Longitudinal Submerged Arc Welded Pipe

The vast majority of oil and gas pipelines in the world require the use of longitudinal submerged arc welded pipes (LSAW). Canada and other western developed countries have improved the technology of spiral welded pipe (SSAW), such as pre-welding, precision welding, multi-wire welding, mechanical expansion, etc., which are designed with reference to the LSAW steel pipe process, which shows that the straight seam The advanced nature of welding pipe technology. Specifically:

According to statistics, the failure rate of LSAW gas transmission in foreign countries is 0.05~1.44 times/103 kilometers in 50 years, and the failure rate is relatively low. Therefore, it is suitable for application in the second, third and fourth category areas. 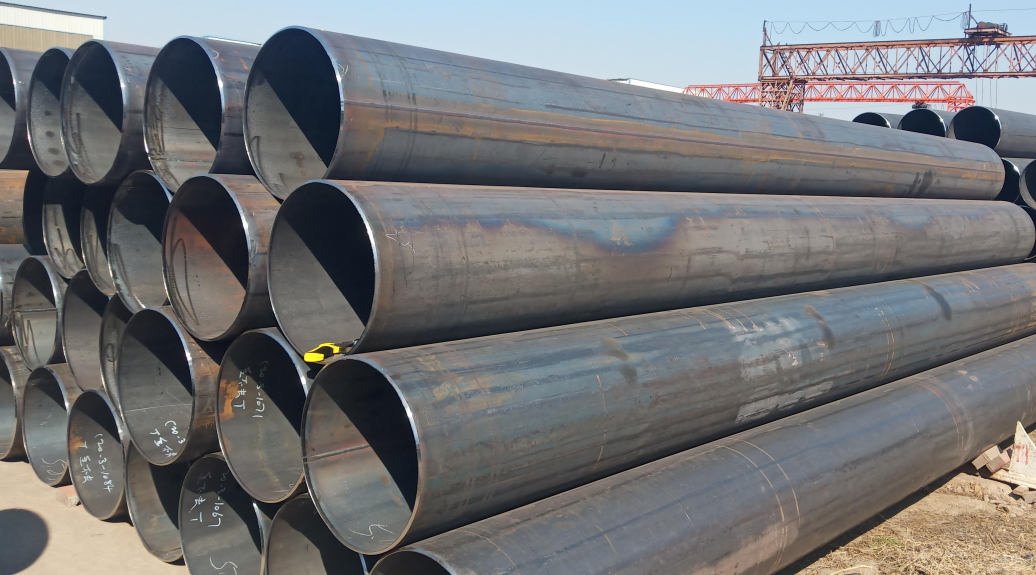 2. From the perspective of being suitable for marine oil and gas transportation, it is bound to focus on the construction of LSAW.
At present, a considerable part of the world's oil and gas resources are buried in the ocean. From the perspective of future natural gas development, it is mainly buried in the ocean in the form of "combustible ice". At present, it is recognized that the total energy of "combustible ice" in the world is two to three times the total of all coal, oil, and natural gas in the world. This is also the case in my country, which will be the main source of energy in the future.

In the near term, my country is accelerating the pace of oil and gas development in the East China Sea. With the development of oil exploration to the depths of the ocean, due to the impact of pressure, impact and bending forces on the pipelines laying on the seabed, flattening occurs. It is the weak link of spiral welded pipe (SSAW). In order to improve pipeline transportation capacity and ensure safety, submarine pipelines are developing in the direction of thick wall, so submarine pipelines mostly use straight seam welded pipes.

From another point of view, because it is difficult to install butt welding of pipelines in the ocean, the steel pipes are required to have high ovality, moderateness, bevel protection, and cross-sectional errors. Otherwise, the work efficiency will be seriously affected. As a result, LSAW pipes are more accurate than spiral welded pipes (SSAW), and repair welding is also easy. Therefore, from the perspective of requirements in this regard, it is also inclined to use LSAW pipes.

3. Straight seam welded pipes are required for coal slurry and slurry pipelines.
The pipeline transportation of coal and mineral powder in a "paste" state is an effective international upward direction. Because the internal weld height of the spiral welded pipe (SSAW) is a spiral line, the resistance to coal slurry is relatively large, and the pipeline needs a large wall thickness Tend to use straight seam welded pipe (LSAW).