As one of the five conventional non-destructive testing methods, radiographic inspection has a very wide range of applications in the industry. It is used for both metal inspection and non-metal inspection. The defects that may occur inside the metal (such as carbon steel pipe), such as pores, pinholes, inclusions, porosity, cracks, segregation, incomplete penetration and insufficient fusion, can be inspected by radiography. The applied industries include special equipment, aerospace, ships, weapons, complete sets of hydraulic equipment and bridge steel structures. 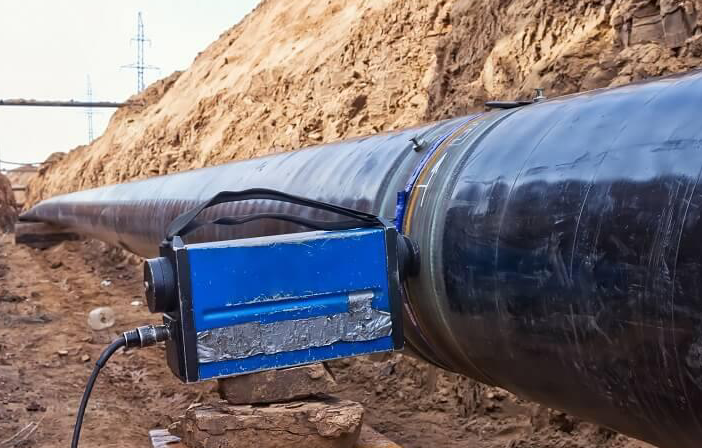 X-rays and γ-rays can pass through metal materials to varying degrees and produce photosensitive effects on photographic films. Using this property, when the ray passes through the ERW steel pipe weld to be inspected, due to the difference in the absorption capacity of the ray by the weld defect, the intensity of the ray falling on the film is different, and the degree of sensitivity of the film is also different, so that accurate , Reliably and non-destructively display the shape, location and size of defects.

The basic principle of radiographic inspection:

Rays have radiation biological effects on the human body and endanger human health. During the flaw detection operation, the relevant safety operation rules should be observed, and necessary protective measures should be taken. The working voltage of the X-ray flaw detection device is as high as tens of thousands of volts or even hundreds of thousands of volts, so attention should be paid to the danger of high voltage during operation.