LNG Markets will Recover Rapidly in 2021

According to a Rigzone report on January 1, LNG traders expect that LNG demand will recover rapidly in 2021 after the 2019 new crown pneumonia epidemic has caused significant price fluctuations.

Due to cold weather in major importing countries, power outages in major production centers, and global route congestion, Asian spot prices have been pushed to the highest level since 2014, which is more than six times the record low in April, making Asian LNG a The best performing major commodities in 2020.

As countries are looking for cheap, reliable and cleaner alternatives to coal, the demand for this fuel for heating and power generation is growing faster than any other fossil fuel. The epidemic has derailed growth in 2020, and China and India are becoming the main sources of demand.

Tom Holmberg, partner at Beckbots Law Firm in Washington, said: "Many countries are seeking to import LNG, and I still think we will see the growth of the LNG market." 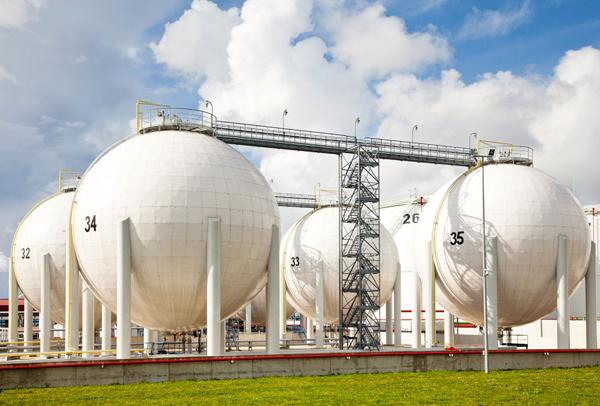 The following are the main factors that may have an impact on the LNG market in 2021.

According to the ship tracking data compiled by Bloomberg, global LNG imports in 2020 will be roughly the same as the previous year. This is a huge impact for an industry with an annual growth rate of 10% since 2016. However, global natural gas demand is expected to resume growth in 2021. Manas Satapathy, managing director of Accenture's energy business, said that LNG demand accounts for about 10% of total demand. According to the performance of Pakistan, India and Bangladesh, demand may rebound more quickly.


Since the worst period of the epidemic, most of Asia's LNG production capacity has recovered, and LNG demand in the region will rebound sharply next year. On the last day of 2020, Asian LNG spot prices (Japan-Korea benchmark) rebounded for the first time since April 2014 to over US$15 per million British thermal. Holmberg said: "The rapid growth in demand in Asia is exciting."

However, the situation in Europe is very different, and countries are struggling to cope with the surge in newly emerging infections and the weakening of energy demand. Satapati said that in 2021, the African continent will usher in a slow recovery.

In addition, because Europe mainly relies on storage and pipeline natural gas transportation, a new pipeline in Azerbaijan and the upcoming Beixi 2 project may boost natural gas capacity growth.

Unplanned maintenance of LNG export facilities from Australia to Qatar to Malaysia has caused the market to become more tense than expected in the second half of this year. Delays in voyages on the Panama Canal limited supplies to Asia. If these supply disruptions continue into 2021, then prices may still be much higher than current levels.


The Natural Gas Exporting Countries Forum, which accounts for 60% of global LNG exports, predicts that the supply in 2021 will increase from 2% in 2020 to 2.5%, an increase of 6% to 7%. It also stated in its short-term outlook that compared with gaseous fuel imports, LNG trade is more resilient to the 2021 crisis.

According to Vitol SA and Trafigura Group Ltd., the two largest trading companies active in the LNG field, the LNG market may still exceed demand in 2021. In addition, they expect the market to tighten.

At the same time, traders will pay close attention to whether US LNG buyers will abandon any cargo in 2021. This summer, after the epidemic hit spot prices in Europe and Asia, about 200 shipments were cancelled. Although this situation is unlikely to happen again in 2021, traders expect that some order cancellations will help balance the market.

As new facilities are put into use, US natural gas exports are breaking new records every month. But any drop in demand may force suppliers to close exports. The country has become a vacillating supplier because its contracts are allowed to be cancelled, which allows exports to respond quickly to turbulent markets.

Environmentalists increasingly regard natural gas as a major source of pollution. After focusing on coal and oil for many years, they began to turn their attention to how to eliminate all fossil fuel emissions. This shift has prompted suppliers, buyers and transporters to consider green actions to clean up activities related to methane and greenhouse gas emissions.


Fusco said that half of the carbon footprint of the LNG cargo life cycle comes from the upstream sector. The LNG producer is pushing to increase the transparency of fuel carbon emissions, and said: "Our customers will want to ensure that they can verify and review the carbon emission characteristics we tell them."

This year, the world's first supply agreement requiring a carbon emission statement has been signed. At the same time, so-called carbon neutral goods have begun to enter China and Japan, and countries have set ambitious goals for effectively achieving zero emissions.