Nowadays, hot-dip galvanized seamless pipe, as a commonly used type of fire-fighting pipeline, plays an irreplaceable role in the field of fire safety due to its high pressure-bearing strength. To this day, hot-dip galvanizing is still the most common and effective process measure among steel anticorrosion methods. The principle of galvanizing to protect steel is: in addition to forming an outer covering layer to block the corrosion of the steel pipe by air and moisture, it also uses the electronegativity of steel than zinc, and protects the steel by preferentially oxidizing the galvanized layer and sacrificing zinc. . Therefore, there is no way to compare the anti-corrosion ability of ordinary steel pipes. Even the steel that has been treated with anti-corrosion means such as oil and paint, the anti-corrosion ability cannot be compared with that of hot-dip galvanized seamless pipes. 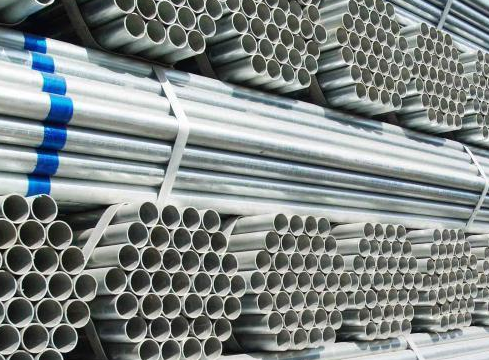 The temperature range of galvanized seamless pipes is very wide:


1. The principle is different
The former is to soak steel in molten zinc liquid to cover the components with metal, while the latter uses electrochemical principles for corrosion protection.

3. The thickness is different
The former is thicker, up to 10um or more. Although its surface is bright, it feels rough to the touch, and spangles may appear in some places. The latter is relatively thin, only about 3-5um in thickness. Although the surface layer is smooth, there will be stains and dullness. It has good processing performance but poor corrosion resistance.

Application range of hot-dip galvanizing：
Its zinc layer is relatively thick, the process is simple, and it is suitable for anti-corrosion of steel products in highly corrosive places such as strong acid and alkali. Its surface is rough and the decorative effect is relatively poor, so it is mainly used for the protection of steel components. Nowadays, semi-finished products such as galvanized steel plates, steel wires and steel pipes on the market use this process. This process is also widely used in industries such as electricity, transportation, petroleum, and home appliances.


It can be used in civil engineering, such as steel bars, guardrails, etc., and can also be used in construction, such as handrails, scaffolding, and three-dimensional parking lots. It can also be used in electric power such as iron pillars and transformer racks, and also in shipbuilding such as buoys, locks, and piping.