The Origin and Development of Electric Resistance Welded Pipe

The seamless welded pipe production technology was invented in Germany, and the technology since then is mainly in Germany. The United States is a pioneer in the development of electric resistance welded pipe (ERW welded pipe) production technology. Since its birth, there have been major technological advances almost every ten years. During this period, the United States has always been the protagonist of technological progress. Other countries can only look forward to the project and adopt the method of introducing technology. American Elihu Thomson invented the application of resistance heating to welding metals. Around 1900, a large number of pipe making methods based on the Thomson principle appeared. Several typical methods were: the method invented by the American Standard Welding Company; the method invented by the German R. Kronenberg; the method invented by the Norwegian Soennichsen and the lap resistance law. Although these methods quickly disappeared, they provided the possibility for people to use resistance energy to weld steel pipes and pointed out the future development direction.

Elihu Thomson (1853-1937) was born in England and was an electrical engineer with outstanding ability. In 1892, he and Edison founded the world-famous General Electric Company. It was this electrical engineer who invented the method of welding using resistance heat (Joule heat Q=I2R). Thomson has obtained nearly 700 patents in his lifetime, including not only AC motors and transformers, but also a variety of electric welding methods, mainly involving flash butt welding, spot welding or lap welding of steel plates, wires, bars, and steel pipes. But these None of the patents directly relates to today's electric resistance welded steel pipe process. Nevertheless, we should see Thomson's contribution to the origin of resistance welded pipes, because the basic technologies and devices required at the beginning of the birth of high-frequency steel pipes are covered in its patents. 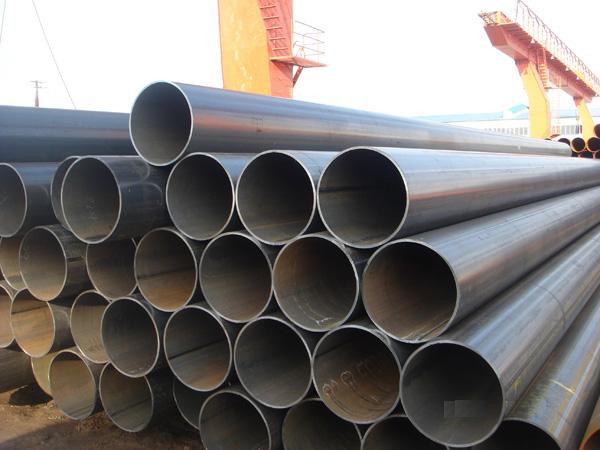 In 1900, the Standard Welding Company of Cleveland, Ohio, combined electric resistance welding technology with high-frequency steel pipe technology and obtained a patent. The process steps of this patent include: first forming a steel pipe with an open welded seam, and then applying current to the edges of the electrode rods in contact with the two edges, and at the same time forming butt welding of the heated edges of the other squeeze rollers.

The key point of this patent is the distance between the center of the electrode roll and the center of the squeeze roll. This distance must be set correctly to offset the adverse effects of frequency. Thomson and his partners designed a unit based on this patent, which can produce thin-walled, small-diameter steel pipes for bicycle frames. This is the earliest commercial electric resistance welded steel pipe product.

Subsequently, similar methods were adopted in Germany to produce electric resistance welded pipes. The first was Rudolf Kronenberg of Kronprinz. He successfully converted the brazing of bicycle rims into electric resistance welding, and based on his experience in rim forming and transformer production, he established a high-frequency steel tube unit similar to Standard Welding. Before World War I, the steel pipe factory was producing frames for bicycles. Since then, a number of production lines using alternating current to produce high-frequency steel pipes have been established in the United States and Germany.

As a historical review, the text focuses on the events before the 1880s. Since then, electric resistance welded pipe production technology has entered a relatively stable stage of development, but significant technological progress has been made in coil raw materials, welding technology, automatic control technology, information management, and non-destructive testing.

Since the development of electric resistance welded pipe, it has become the largest steel pipe variety, surpassing seamless steel pipe in the world, and is used in various fields.