Spiral steel pipe (SSAW) is a spiral steel pipe made of strip steel or coiled plate in a spiral shape, and double-sided submerged arc active welding for inner and outer seams. It is widely used in the production of water, electricity, chemical industries and other industries: Only by changing the forming point of view, steel pipes of various diameters can be produced from strip steel of the same width, which is easy to adjust. 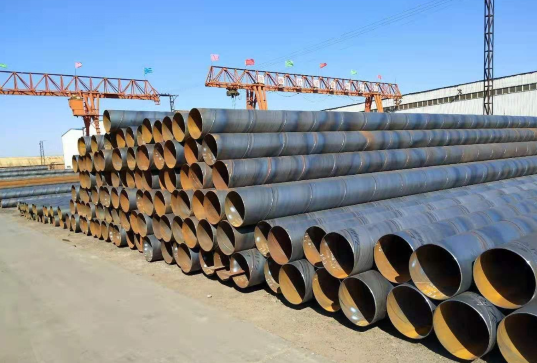 Because it is formed in successive twists and turns, the length of the spiral tube is not restricted, and the length can be set at will. The spiral shape of the welding seam is evenly distributed on the circumference of the spiral tube, so the spiral tube has high dimensional accuracy and strong strength. It is easy to change the scale and is suitable for the production of small batches and various types of spiral pipes.