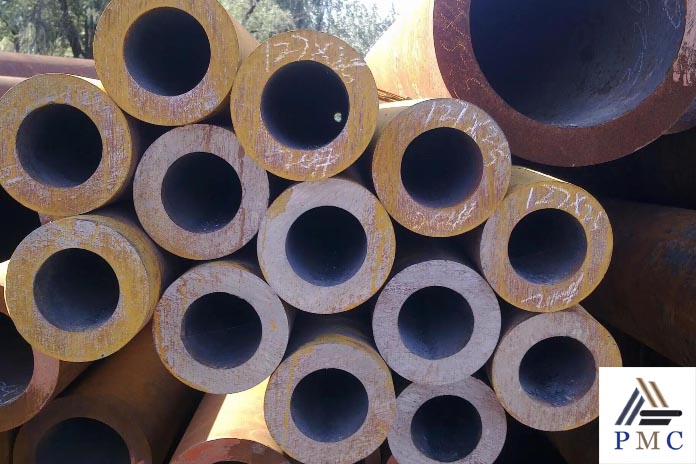 4) When using a fixed mandrel and a semi-floating mandrel, the secondary iron oxide scale formed on the inner surface of the seamless steel pipe capillary accumulates in the deformation zone of the mandrel and is pressed into the pipe wall, and will leave a spiral trace after falling off ( or Makeng);

5) The process parameters of seamless steel pipe should be selected reasonably. Generally, large elongation coefficient, low rolling temperature, large advance angle, and high roll speed are prone to cause heavier internal thread defects. The actual measurement of the internal thread depth of the two-roll skew rolling machine is generally less than 0.1 mm (except for the fixed mandrel). According to foreign reports, the height of the internal thread of the three-roll skew rolling machine is generally in the range of 0.025 to 0.25 mm.