The hardness test of seamless steel pipe can be divided into two methods, one is tensile test and the other is hardness test. The following small series is introduced in detail for everyone: 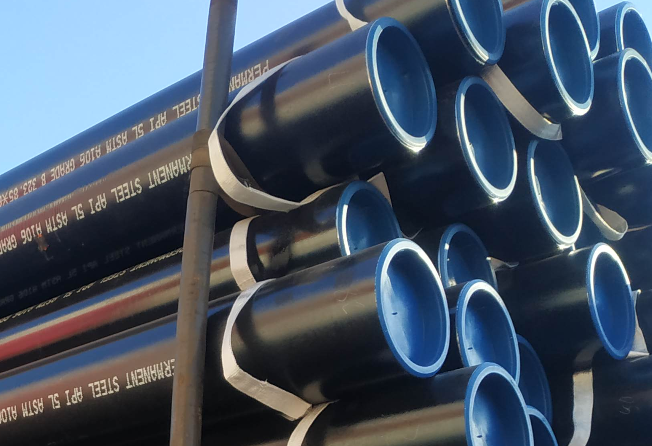 
Since the tensile test is not easy to test, and the hardness of the conversion is very convenient, more and more people and only a small hardness test only tested their own strength. In particular, due to the continuous improvement and innovation of the hardness of the manufacturing technology, some of the original hardness can not be directly tested, such as seamless steel pipe, stainless steel plate and stainless steel belt, etc., can now be directly tested hardness. Therefore, there is a tendency to gradually replace the hardness test tensile test.

B. Rockwell hardness (HR)
The Rockwell hardness test, like the Brinell hardness test, is an indentation test method. The difference is that it measures the depth of the indentation. That is, under the successive action of the initial test force (Fo) and the total test force (F), the indenter (cone or steel ball) is pressed into the surface of the sample, and after the specified holding time, the main force is removed. For the test force, use the measured residual indentation depth increment (e) to calculate the hardness value. Its value is an unnamed number, represented by the symbol HR, and the scales used are A, B, C, D, E, F, G, H, K, etc. 9 scales. Among them, the scales commonly used in steel hardness tests are generally A, B, and C, namely HRA, HRB, and HRC.

C. Vickers hardness (HV)
Vickers hardness test is also an indentation test method, which is to press a regular quadrangular pyramid diamond indenter with an angle of 1360 opposite sides into the test surface with a selected test force (F), and remove the test after a specified holding time. Force, measure the length of the two diagonals of the indentation.