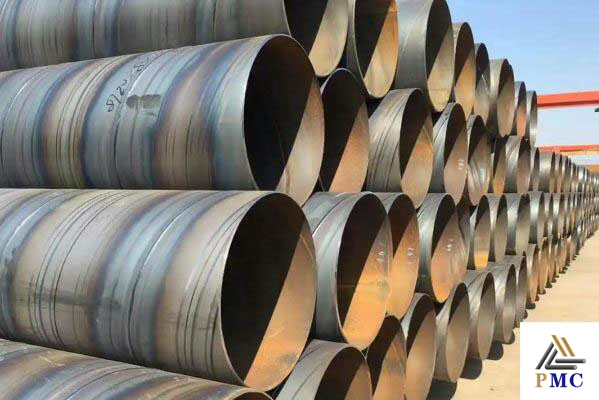 2. Mechanical rust removal First use a scraper or a file to remove the scale and casting sand on the surface of the pipe; then one person is in front of the descaling machine and the other is behind the descaling machine, and the pipe is repeatedly descaled in the descaling machine until the true color of the metal is exposed; Before oiling, wipe it again with cotton silk to remove floating ash on the surface. 3. Anti-corrosion brush oil Pipelines, equipment and container valves are generally anti-corrosion and oiled according to the design requirements. When there is no design requirement, the following regulations should be followed: a. Surface-mounted pipelines, equipment and containers must first be painted with one coat of anti-rust paint, and then two coats of top coats should be painted before handover. If there are requirements for heat preservation and anti-condensation, two coats of anti-rust paint should be painted; b. Paint two coats of anti-rust paint on concealed pipelines, equipment and containers. The second coat of anti-rust paint must be painted after the first coat is completely dry, and the consistency of the anti-rust paint must be appropriate; 3. When the buried pipeline is used as the anti-corrosion layer, if it is constructed in winter, it is advisable to use rubber solvent oil or aviation gasoline to dissolve 30 A or 30 B petroleum asphalt. Two kinds: