Compared with the tube blank of SMLS steel pipe, the design of chemical composition of high frequency welded pipe (ERW) is more scientific and reasonable.

ERW special steel grades are characterized by high purity. Through de-S, de-P, degassing, Ca treatment and other methods, the content of S and P can be controlled below 0.005%, the content of N can be controlled below 0.008%, the shape of inclusions can be controlled to be spherical, and the number of inclusions can be greatly reduced . The C content is controlled below 0.1%, so that the welding including the construction process of girth welding has good welding performance, and the increase in strength is to prevent the growth of austenite grains by adding trace alloying elements such as Nb, V, and Ti. At the same time, gap strengthening is increased to improve the toughness and strength of the steel. The tube blank of SMLS steel pipe is generally made of A3, #20 steel, 16Mh and other materials. The purity of the material is poor, and the C content is high, generally around 0.2%, which is not conducive to the girth welding in construction. The strength is acceptable, but Poor toughness.

Another major difference between ERW steel pipe blanks and SMLS steel pipe blanks is that the former is made of hot-rolled steel strips by cold rolling, while the latter is formed by perforating round steel in a hot-rolled state. Obviously, the grain size and the weave density of the SMLS tube blank formed in the hot rolling state are quite different from those of the ERW tube blank, and the properties that can be caused by this must also be very different. 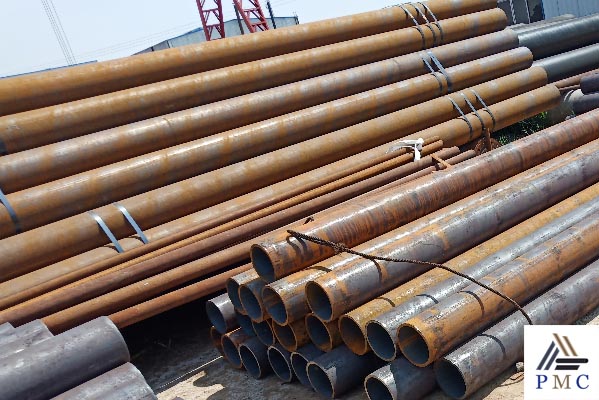 No matter from the comparison of the data or the comparison of the measured data in the data, the dimensional accuracy of ERW steel pipe is higher than that of SMLS. This is because the seamless pipe is formed by continuous perforation of the round steel in the hot rolling mill, while the ERW steel pipe is formed from the steel strip in the cold rolled state. In contrast, ERW is easier to implement than SMLS in terms of external dimensions. Because of this, the appearance quality of ERW steel pipe has fewer defects, and the appearance quality is also better than that of SMLS steel pipe.

Since the high-frequency welded pipe is made of hot-rolled steel strip with high rolling precision, its thickness is easy to control, and the steel pipe with thinner wall thickness and higher steel grade can be produced according to the design requirements. For example, after several repeated demonstrations, the pipes used in the West-East Gas Pipeline Project are basically determined to use X70 steel grade, with a wall thickness of 14.7mm and Ф1016mm. The steel grade is increased, the wall thickness is reduced, and the project investment is relatively reduced, about 5 billion yuan . The wall thickness of seamless pipes is often limited by perforation technology and production costs, and thin-walled steel pipes are very difficult. 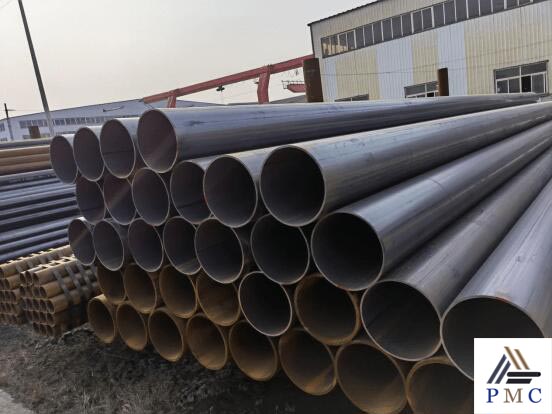 (3) Comparison of ERW and SMLS standards

The requirements of the two standards have the following characteristics:

2) The geometric dimensional accuracy requirements of steel pipes in GB8163-87 are lower than API 5L (41).

3) GB8163-87 and API 5L (41) have very different requirements for water pressure. The former clearly stipulates that ultrasonic waves or eddy currents can be used instead of water pressure, while the latter does not. This is extremely critical, because hydraulic inspection is one of the most important inspection items for steel pipes. Moreover, the former water pressure test value is lower than the latter requirement. For grades below X42, the standard water pressure test value of ERW pipe is consistent with GB8163-87 when it is not greater than Φ114.3mm; when it is greater than Φ114.3mm outer diameter, respectively 15% and 25% higher than seamless pipe requirements. For the pressure to be harsh, it requires that the hydraulic press must be equipped with some kind of automatic or interlocking mandatory device, record the pressure holding curve, and ensure the stable voltage time.

5) Flattening test: From the standard requirements, GB8163-87 is harsher than API 5L (41), but in fact, the strength and toughness of the weld seam of ERW steel pipe and the base metal match so that cracking often does not occur during pressing. Therefore, The flattening resistance of ERW steel pipe is no worse than that of seamless pipe.

The components of the five steel pipes all meet the requirements of API 5L (41) and GB8163-87. The composition design of ERW is low C and high Mn, while SMLS is high C and low Mn. Obviously, the weldability of the former is better than that of the latter, which is more favorable for the welding of girth welds in field construction. SMLS has higher purity.

(7) The price comparison between ERW and SMLS steel pipes